Sir Alex Ferguson signed a contract with Manchester United in 2010 that ensured he would receive a higher salary than any of his players, the former manager has revealed in his latest book.

In his new publication Leading, which is published on Tuesday, Ferguson claims the club’s owners, the Glazer family, and then chief executive, David Gill, asked him how he felt about the fact that Wayne Rooney was about to get a big pay rise by signing a new deal following protracted negotiations that took place while he was also linked with other clubs in the media. The former United manager recalls: “I told them I did not think it fair that Rooney should earn twice what I made and [the joint-chairman] Joel Glazer immediately said: ‘I totally agree with you but what should we do?’ 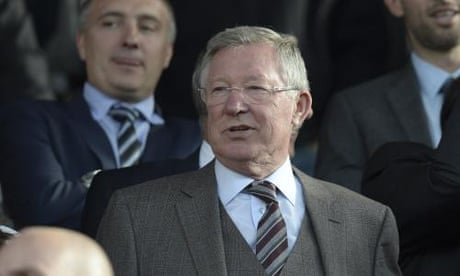 “It was simple. We just agreed that no player should be paid more than me. We agreed in less time than it takes to read the previous sentence.”

In the book Ferguson speaks candidly about the leadership techniques that served him so well during his trophy-laden 26-years in charge at Old Trafford.

The Scot also details a number of mistakes he made during his stewardship of the club. Ferguson admits the handover to successor David Moyes, who was sacked less than a year into a six-year contract, could have been handled better.

“I understand why critics, particularly in light of the 2013-14 season, say we should have handled the transition better,” Ferguson said.

Ferguson’s first encounter with Moyes in 1998 when he interviewed him for the assistant manager’s job at Old Trafford did not end well for the then Preston boss, who was overlooked and Steve McClaren took the position instead.

Moyes, Ferguson writes, was “very tense” during his interview with him following Brian Kidd’s departure from United to Blackburn.

“Steve McClaren was the opposite of David,” Ferguson added. “He was bright, breezy, and enthusiastic. At that point Steve had a lot more experience in the top flight of football than David and that swung my decision.”

Ferguson says he looked at Jürgen Klopp, Carlo Ancelotti, Pep Guardiola, Louis van Gaal and José Mourinho – “a spectacular manager” – as potential successors, but they had all committed to other projects by the time the Scot had decided to retire.

Ferguson insists he always gave Moyes his support following his appointment, and is fully behind the current manager, Van Gaal.

“I just wanted David and United to win – just as I do these days with Louis van Gaal,” said Ferguson, who claimed TV cameras are now trained on him in the directors’ box at every United match.

“I think they hoped they would catch me acting like Statler or Waldorf, the two curmudgeons in the Muppets, who are always criticising what is happening on the stage.”

The man who Van Gaal has anointed as his successor, Ryan Giggs, gets a glowing reference from Ferguson in the book.

“Ryan Giggs is eventually going to be a great manager – he has intelligence, presence and knowledge,” said Ferguson, who describes Giggs, Paul Scholes, Eric Cantona and Cristiano Ronaldo as the only four truly world-class players he managed at United.

And despite criticism from outside United, Ferguson is sure the club will continue to be a success so long as the Glazers run it. “From my perspective as manager they have been very good owners,” Ferguson said.

There is also an admission of regret from Ferguson that he did not win more Champions League trophies during his time at United.

Ferguson reveals he rejected the opportunity to sign Sergio Aguero shortly before he decided to move to City in 2011 because United were unwilling to pay the 35million fee Atletico Madrid were demanding.

The Scot admits he considered signing controversial striker Mario Balotelli in 2010, but was put off after speaking to a number of his Italian contacts.

Ferguson also speaks about another one of the failures of his reign – his inability to keep hold of Paul Pogba, who left United for Juventus on a free in 2012 and is now considered one of the best midfielders in the world.

Ferguson points the finger at the midfielder’s agent Mino Raiola. “He and I were like oil and water,” Ferguson said.

Another person Ferguson found difficult to deal with was Tottenham chairman Daniel Levy, who proved particularly troublesome to the Scot during deadline day negotiations in 2008 for Dimitar Berbatov. “That whole experience was more painful than my hip replacement,” Ferguson said.