Welcome to hurly burly New York fashion week, where the official calendar is so crowded that designers are offering to ferry some foot-weary editors to their shows. In addition to 190-plus collections, one of the week’s highlights will be Givenchy’s debut of its Spring 2016 collection Friday, following with what is likely to be one of the week’s best-attended parties. For those who don’t require sleep, Alexander Wang, newly free of design duties at Balenciaga, will celebrate his 10th anniversary Saturday night. Harper’s Bazaar will throw a fete at the Plaza hotel headlined by a performance by Katy Perry and a dress code calling for “fantasy black tie”—whatever that is. —Christina Binkley 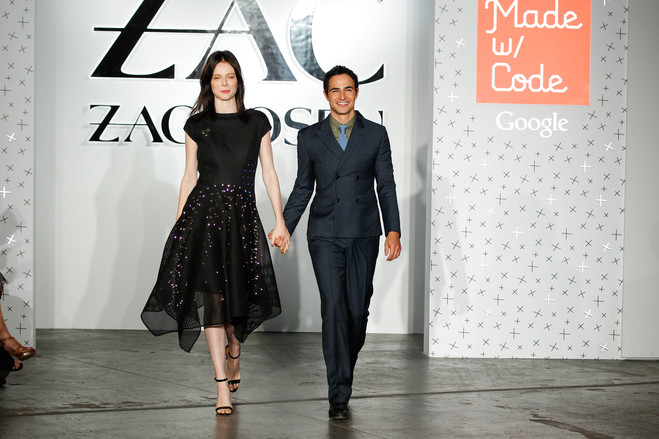 Designer Zac Posen turned the lights on early. Though New York fashion week officially began yesterday, the Thursday after Labor Day, in recent years some brands have been putting on shows, presentations, luncheons and parties on Wednesday. Now some are even starting their engines on Tuesday. Zac Posen held a runway show for his contemporary ZAC Zac Posen line Tuesday morning; the final look was an LED dress. Mr. Posen partnered withGoogle to create it, in collaboration with the Made with Code initiative. The designs, coded online by teen girls, depicted a night aerial view of the City of Angels. Girls who worked on the project got to attend the show and looked excited to be there, which typically isn’t the way regular attendees look.—Ray A. Smith

3. Whose Fashion Week Is It Anyway? 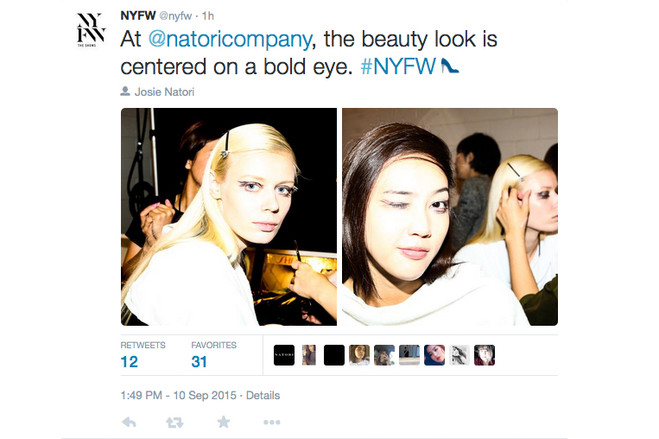 There appear to be two dueling hashtags for New York Fashion Week on social media. WME/IMG, the talent and entertainment marketing giant that now officially runs New York Fashion Week, is promoting #nyfw, the hashtag most attendees have used for years. Meanwhile, the Council of Fashion Designers of America, which essentially governs New York’s fashion industry and runs the official Fashion Calendar, is promoting #cfdanyfw, which takes up a few more characters on Twitter’s limit, by the way. The CFDA’s fashion week includes member designers who aren’t showing at WME/IMG’s official venues. The two organizations unveiled separate logos for the week earlier this summer.—Ray A. Smith 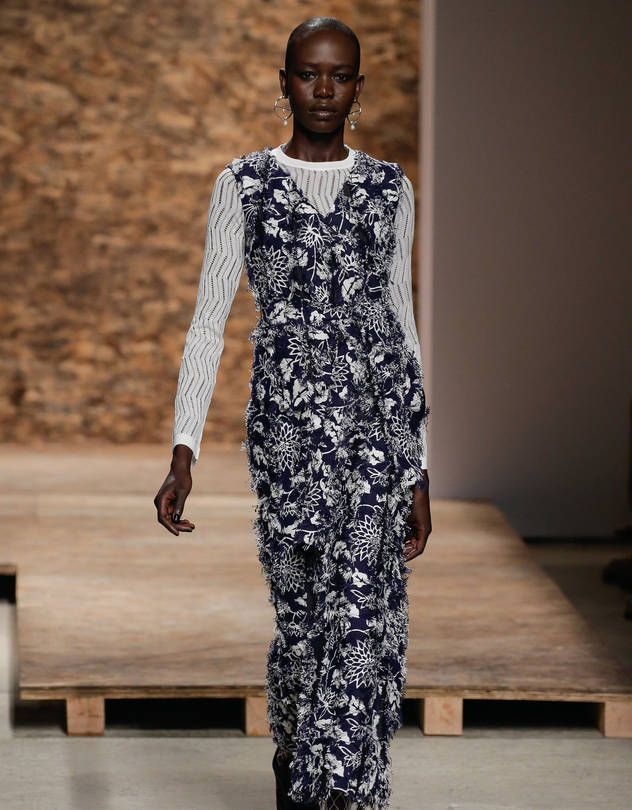 Remember in the mid-90s when young women in London wore sneakers with harem pants? Shane Gabier, one half of the critically acclaimed designer duo Creatures of the Wind does, and it helped inform the collage vibe the label was going for with its show Thursday. The label debuted a sneaker collaboration with Athletic Propulsion Labs, an L.A.-based maker of high-performance athletic footwear founded by twin brothers Adam and Ryan Goldston. A pair of $895 stingray and crocodile sneakers to go with your track pants? That happened here. Granted the track pants were silk georgette. Two other suede and stingray styles come, respectively, in linen/white and red, for $495 and $695. —Ray A. Smith

U.S. workwear designer Carrie Hammer is starting a “runway revolution.” Instead of fashion models, she tapped women who are leaders from outside the fashion world to be “role models” on the runway. The 27 women included figure skater and Olympic gold medalist Meryl Davis in a black dress with lace sleeves; La Neice Collins, a United Nations adviser, wearing a white lace dress; and Gwen Greene, a J.P. Morgan Chase & Co. banker, in a pleated, collared black dress. Meanwhile, images flashing on a screen included photos and videos of the women, including social entrepreneur Tolu Olubunmi, who had been introduced to President Barack Obama at a 2013 immigration reform press conference. Some women danced or blew kisses; Morgan Stanley executive Melanie Schnoll Begun tossed her cape to a cheering crowd. —Emily Glazer