Making people start work before 9am is ‘torture’ says sleep expert, who wants the business and school day to begin at 10am

Making people aged under 55 start work before 9am is akin to ‘torture’, according to one of the UK’s leading sleep experts.

The Oxford University academic said it posed a threat to performance until the age of 55 when humans start needing less sleep. 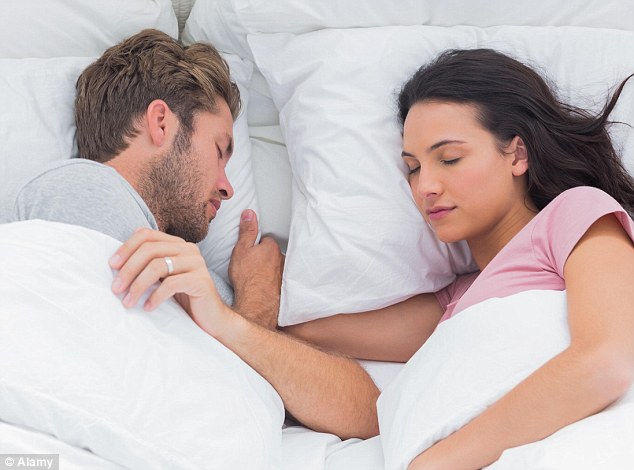 Forcing staff to work nine-to-five leaves their bodies exhausted and stressed as a result of sleep deprivation, according to one of the UK’s leading sleep experts (stock image above)

Dr Kelley, said: ‘We cannot change our 24-hour rhythms. You cannot learn to get up at a certain time. Your body will be attuned to sunlight and you’re not conscious of it because it reports to hypothalamus, not sight.

‘This applies in the bigger picture to prisons and hospitals. They wake up people and give people food they don’t want. You’re more biddable because you’re totally out of it. Sleep deprivation is a torture.’

Dr Kelley, an honorary clinical research fellow at Oxford University’s Sleep and Circadian Neuroscience Institute, said there was a need for society to change work and school starting times to fit with the natural human body clock.

Firms that force employees to start work earlier risked hurting their output and storing up health problems among employees.

He told the British Science Festival in Bradford: ‘This is a huge society issue, Staff should start at 10am. You don’t get back to [the 9am] starting point until [age] 55.

‘Staff are usually sleep deprived. We’ve got a sleep-deprived society. It is hugely damaging on the body’s systems because you are affecting physical emotional and performance systems in the body.

‘Your liver and your heart have different patterns and you’re asking them to shift two or three hours. This is an international issue. Everybody is suffering and they don’t have to.’

Dr Kelley called for staggered start times at schools and workplaces as a result of research into the human body’s 24 hour rhythms. 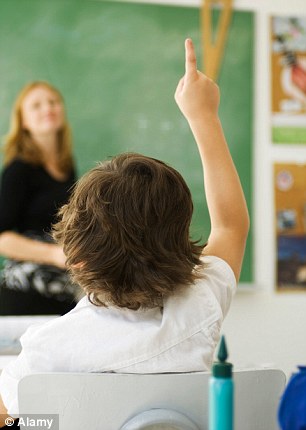 Younger children (stock image above) wake up early naturally meaning children from the age of ten should start school from 8.30am onwards. But for children aged 16 the school starting time should be 10am with an 11am start time from the age of 18

The body has a ‘master pacemaker’ in the brain set by specialised receptors in the eye which affects the whole body.

Lack of sleep has been found to affect attention and long-term memory and to encourage drug and alcohol abuse.

Young people are especially vulnerable to sleep deprivation and the school day should have a staggered start with older children arriving at 11am to allow them to have a lie in, according to Dr Kelley.

They lose an average of two hours sleep a day sleep a day, leading to poorer learning.

Allowing pupils to stay in bed for longer would boost exam results by ‘around 10 per cent’, he claims.

Younger children wake up early naturally meaning children from the age of ten should start school from 8.30am onwards. But for children aged 16 the school starting time should be 10am with an 11am start time from the age of 18.

As well as allowing young people to get more sleep, the later start times may decrease accidents from students going to school in the dark and make travel to school quicker as pupils would be able to avoid the rush hour.

As children enter the teenage years, they require more sleep as the body’s internal clock ‘shifts later, delaying the phase at which sleep can be initiated’ said Dr Kelley.

Adolescents take a longer time to get to sleep in the evenings – what the researchers call an extension of their ‘wake maintenance zone’ or WMZ.

Writing in Learning, Media and Technology, Dr Kelley and his co-authors write that this is ‘why we, including adolescents, cannot simply choose to go to sleep earlier than normal, as the brain is still promoting wakefulness.’

By getting more sleep, teenagers will be better able to learn, and researchers claim will have fewer behavioural problems.

The change to the school day is a ‘relatively simple step that does not require new teaching methods, new testing or large additional expenditure’ the authors argue.

Dr Kelley said that there is some evidence that GCSE results could be boosted by around ‘by around 10 per cent’ by a later school day.

A small study at at Monkseaton High School in North Tyneside found the percentage of pupils getting good GCSE results went up to 50 per cent from 34 per cent when school start times were moved from 08:50 to 10:00.

The Department for Education said schools in the UK are free to set their own start and finish times.

A spokesman said: ‘We have given all schools the freedom to control the length of the school day because they are best placed to know what’s best for their communities.

‘Allowing more time for supervised study and extra-curricular activities has been shown to benefit disadvantaged pupils in particular by giving them access to purposeful, character-building activities, which is why we are helping schools offer a longer day.’

Dr Kelley said that any schools who want to join a research study called Teensleep run by the Education Endowment Foundation.

The post Making people start work before 9am is ‘torture’ says sleep expert, who wants the business and school day to begin at 10am appeared first on RU Breaking News.