How to break a Guinness World Record

Why are we so fascinated by breaking records? For record holders, it is official confirmation you can do something better than anyone else in the world, even if it is just eating a lemon. People like setting goals, pushing themselves – especially if they get to see their name in print at the end of it.

Although humans have been competing and showing off for thousands of years, the official arbiter of human achievement, Guinness World Records, is still young. It all began 64 years ago when Sir Hugh Beaver, head of Guinness brewery, got into an argument at a shooting party about the fastest game bird in Europe: was it the grouse, the teal or the plover? Before Wikipedia, there was no easy way of checking – even his host’s well-stocked library couldn’t settle the matter. And so the idea for a book of records was born, a definitive list of the world’s superlatives. 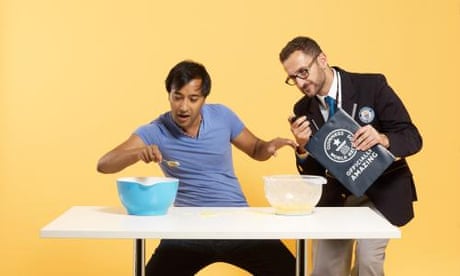 Just how easy is it to break a Guinness World Record?

Who is a typical record-breaker?

GWR gets about 1,000 record claims a week, of which 5%-7% are accepted, and about 2% make it into the annual book. Applications come from all over the world: most from the US, followed by India and China – two Indian men are currently battling for the longest ear hair record. The typical would-be record-breaker is a man in his mid-30s.

There is also a core of serial record-breakers. Ashrita Furman from the US has the record for holding the most records (more than 200, though he has broken up to 600). Some people make record attempts every day; some have a GWR logo tattoo; some even change their name to Guinness.

What record should I break?

Almost anything definable, measurable and provable can become a record. They change with the times: records involving selfies and twerking have been popular recently. Some are easy to attempt but difficult to beat, such as eating three cream crackers in the fastest time (34.78 secs). It’s easier to beat an existing record than set a new one; “firsts” have to be approved.

You should apply to GWR before making the record attempt; it will send you the general guidelines and those specific to your record. The general notes spell out the importance of evidence: photographic, video, independent witnesses – as much as you can get. For mass-participation records, you must prove that you’ve counted properly.

How can I actually break the record?

Analyse your specific rules to spot and exploit any loopholes. For example, Furman smashed the world record for rolling an orange for a mile with his nose when he discovered the rules didn’t stipulate colour – he chose an unripe green orange from Florida that was hard, round and fast.

A record doesn’t have to conform to the world’s view of what is worthy or important. Are Olympic sports such as synchronised swimming really of any more value than underwater skipping (current world record holder, Peter Nestler)? Choose something you’re good at.

What is a fast track to failure?

It isn’t enough to just be able to do something unusual, such as lick your elbow. You need to be able to lick your elbow for the most times in an hour – something that can then be attempted and broken by someone else. It can’t be too niche – oldest heart-transplant patient to mud-wrestle, for example.

Records will be dismissed if they are considered stupid, dangerous or illegal, or if there isn’t enough evidence: an organist’s playing marathon was rejected because it was only witnessed by her parents. (She complained to the Queen, to no avail.)

It should go without saying, but avoid anything that is cruel to animals – heaviest pet records have been dropped because of force-feeding, though you can still overfeed yourself. In fact, there is now a vacancy for heaviest man, as he died recently. And don’t cheat! One man, who broke the record for the most pint glasses balanced on his chin, was stripped of his accolade when he admitted to using plastic cups.

Meet the man with the record for the most world records

Ashrita Furman, 60, has broken nearly 600. But what keeps him going?

One of my favourites was pogo stick-jumping up Mount Fuji. It was so spontaneous: I was on holiday in Japan and decided to send for my pogo stick. There was no time to practise. I did 11.5 miles, and it was breathtakingly beautiful up there.

My day job is working in a health food shop. I break records in my spare time. My funniest record was racing a yak in a sack – I had the idea on the plane to Mongolia and went straight to a yak farm. The toughest was doing forward rolls for 12.25 miles, only stopping to throw up.

I broke my first record in 1979 for the most jumping jacks. I was 24 and the record at the time was 20,000. I wasn’t athletic at all – I could only do about 50. But I had discovered meditation, and found that if I meditated I could do a lot more.

The mind is constantly telling you that you can’t do things. It says, give up, it’s impossible. By meditating you can quiet these thoughts. Five hours into the jumping jacks record I transcended. I broke the record with 27,000 jumps in a row.

Choose something you love because you’ll need to practise. There are no easy records. I practised walking with a milk bottle on my head all over the world – sometimes for 12 hours at a time. In New York people ignored it. In Mexico they’d aim golf balls at my head.

Don’t give up. If another human being has done something, and you put in the effort, there is no reason that you can’t do it too.

The post How to break a Guinness World Record appeared first on RU Breaking News.